The U.S. Senate and the USCIS have both recently made efforts to provide more immigration opportunities for military veterans and allies of the United States. These policy changes span two wars and three generations, from the mountains of Afghanistan to the islands of the Philippines, and show that some individuals within our government are still concerned about the well-being, safety, and comfort of those individuals who put their lives on the line in defense of freedom.

On June 8, USCIS implemented the Filipino World War II Veterans Parole (FWVP), a policy that will allow certain Filipinos with approved family-based immigrant petitions to request a grant of parole and come to the United States to live while they await their immigrant visa numbers to become available. This new opportunity is intended for the family members of those Filipino veterans who fought for the United States in World War II and have since become U.S. citizens or permanent residents. Now in the sunset of their lives, these elderly heroes will be able to spend their remaining years with their family.

The importance of the Philippines and the contributions of its citizens to the Allied cause during World War II have largely been forgotten as time has separated us from the conflict. The Japanese attacked the American-controlled Philippines just hours after they attacked Pearl Harbor because of the strategic importance the island nation held. Control of the islands, particularly Luzon, would allow the Japanese to control the shipping and communication lanes to the southwest reaches of their empire. The combined American-Filipino army fought hard but without relief or reinforcements, and the nation finally fell to the hands of the Japanese in April-May 1942 after the Battles of the Philippines, Bataan, and Corregidor. However, thousands of Filipinos escaped into the jungles and smaller islands and continued to engage the Japanese with guerilla warfare until the Americans returned in force in 1945. 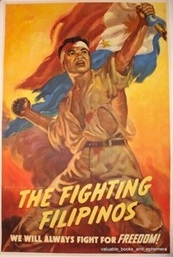 All told, more than 260,000 Filipino soldiers enlisted to fight for the U.S. during World War II. After the war, estimates indicate that up to 26,000 of these veterans became U.S. citizens, and between 2,000 and 6,000 are still alive today. With the exception of immediate relatives (parents, spouses, and unmarried children under age 21), the visa categories for the Philippines have some of the longest waiting times in the world. Some of these veterans have been waiting over two decades to bring their siblings and married children to the U.S.   However, with the implementation of the FWVP, that wait is now over.

Under the new policy, USCIS will be considering individual requests for parole submitted by certain relatives who are beneficiaries of an approved family-based immigrant visa petition filed by Filipino veterans or their surviving spouses. USCIS will exercise its discretion to determine whether a grant of parole is appropriate, taking into consideration the advanced age of these World War II veterans and surviving spouses and their need for care, support, and companionship.  Recipients of parole will be able to travel to the United States and remain here until they become eligible for adjustment of status to permanent residence. 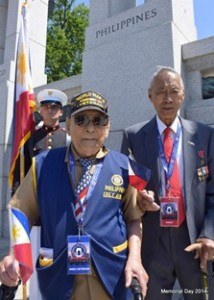 Not to be outdone by the executive branch, several U.S. senators have introduced an amendment to the 2017 defense policy bill that would authorize 4,000 additional visas for Afghans who served as interpreters to U.S. troops and officials during the war in Afghanistan to come to the United States.

This amendment will ensure the continuation of the Special Immigrant Visa (SIV) program, which our military commanders have regarded as a great asset during the wars in Iraq and Afghanistan. The SIV program, enacted in 2006, allows Iraqi and Afghan nationals to become permanent residents if they worked as translators or interpreters, or who were employed by, or on behalf of, the U.S. government in Iraq or Afghanistan. Over the past decade, more than 37,000 individuals from Iraq and Afghanistan have been granted special immigrant status.  However, the SIV programs have been plagued by complications in application processing, delays in security screening, unhelpful statutory time frames and frustrating numerical limitations.  These problems have caused major backlogs: in Afghanistan, more than 10,000 qualified individuals have been waiting in limbo for years.

Although these Afghan interpreters and employees have served alongside Americans in dangerous situations, their decision to support U.S. efforts often leave them ostracized and vulnerable, particularly after concluding their employment and waiting for their visa.  The Taliban and other militant groups have been kidnapping and murdering these allies whenever the chance arises. And, with American security concerns at an all-time high, these men and their families are being left unprotected while their visa processing creeps along.

Although the SIV program is for Afghans and Iraqis, the proposed increase in available visas applies only to Afghan allies. Senator Jeanne Shaheen (D-NH), who introduced the amendment, has found bipartisan support in the Senate Armed Services Committee with John McCain (R-AZ), Jack Reed (D-RI) and Thom Tillis (R-NC). In his support for the amendment, Senator McCain stated: “Our nation has a moral obligation to protect those Afghans whose lives are in imminent danger today because they supported American troops and diplomats.” While there have been no solutions to the long processing and security clearance delays, an increased number of available visas will start to alleviate the SIV backlog for Afghans.