Ms. Hirota has been selected by her peers to be included in the The Best Lawyers in America© in the practice area of Immigration Law each year since 2008. She was named the Best Lawyers’ 2018 and 2015 Honolulu Immigration Law “Lawyer of the Year.” Only a single lawyer in each practice area, in each community honored as a “Lawyer of the Year.” Inclusion in Best Lawyers is based on a rigorous peer-review survey comprising confidential evaluations by top attorneys. Because no fee or purchase is required, being listed in Best Lawyers is considered a singular honor.

Maile Hirota represented An Na Peng in her successful Presidential Pardon. President Barack Obama granted seventeen pardons on March 1, 2013, one of them to Honolulu resident and Hirota & Associates client, An Na Peng. Ms. Peng legally immigrated from China and sought the pardon as a last resort while she fought deportation for 17 years. If she had not won her case at the 9th Circuit Court of Appeals, the Presidential pardon would have been her only hope. The presidential pardon granted to An Na Peng is the first immigration-related pardon in more than a decade.

Ms. Hirota began her law practice in Ohio as an associate with Taft, Stettinius & Hollister, a large law firm in Cincinnati. After practicing immigration law in Ohio for two years, Ms. Hirota returned to her family in Hawaii and joined Lynch & Farmer in 1997. She was named a partner of Lynch Ichida Thompson Kim & Hirota in 2002 and left that firm to found Hirota & Associates in 2009. Ms. Hirota’s practice concentrates solely in U.S. Immigration and Nationality law.

Ms. Hirota has been chosen by her peers as one of the Best Lawyers in America each year since 2008 in the field of Immigration Law. She is a frequent public speaker on immigration matters, and has spoken to such groups as Hawaii Public Radio, Hawaii Pacific University, JAG Corps, and the Rotary Club. She was called as expert witness on the Violence Against Women Act by the State Prosecutor’s office. For over eight years, Ms. Hirota hosted a weekly call-in radio show on immigration and nationality issues on KPMW 105.5FM based on Maui. 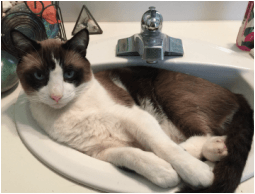 Ms. Hirota enjoys practicing yoga. She maintains a worm bin at home and enjoys spending time with her family, including her two siamese cats, Fred and Ted. She is a sports fan, especially of UH basketball and the University of Michigan Wolverines. She enjoys a friendly rivalry in the office with Stella, who graduated from that other Michigan school. 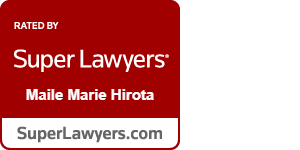